"THE AUTHORITY ON ALL THINGS DATING™"

The latest news from inside the industry from our dating experts:

Our experts have ranked the dating sites below as 2020‘s best: 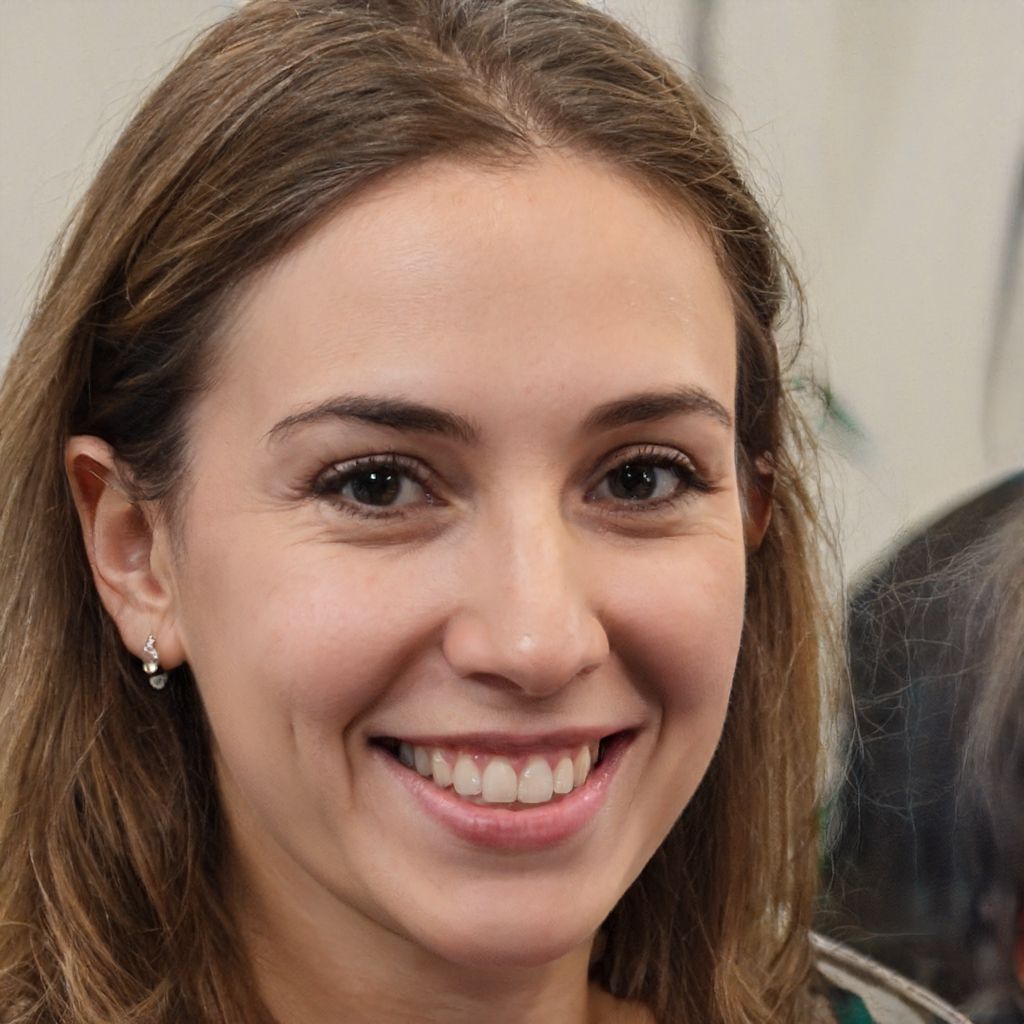 The origins of homosexual love have been known since ancient times. Even nowadays, the term 'lesbian' evokes controversial feelings because it is not always possible to find an unambiguous definition for lesbian. The main reason it has become more challenging to define lesbians is finding out how they differ from heterosexual women, and there have emerged so many types of them that sometimes you can mistake them for straight women. The development of language over the last years enables us to classify them and find a lesbian definition for each type. We take all the types to the extreme, and, in real life, the types are usually combined.

We have conducted a little research on lesbian types and created a list of seventeen diverse lesbian flavors. We have tried to debunk the myth that there exist only three kinds of lesbians: femme, butch, and dyke types. They are just three small drops in the vast sea of the LGBTQ community. We take into account that they are all individuals with their idiosyncrasies, and that's why all our definitions are judgment-free. Our purpose is to help singles tell the difference between types of lesbians, find out their preferences and ways to attract them.

According to the Urban Dictionary, the slang term 'lipstick lesbian,' a.k.a 'femme lesbian,' denotes the type of lesbian you can easily mistake for straight ones. They are so-called lesbians in disguise. Bright make-up (hence 'lipstick'), cocktail dresses, long hair, and other feminine traits. Can you believe that we describe a lesbian? That's how we dispel stereotypes! Those who belong to the femme type do not intend to take revenge on men by making them buy a look-like-a-straight-woman trick and confusing them. The subject is their romantic interest are other women. They aren't just interested in having a romantic relationship with a man.

Butch lesbians are complete opposites of the 'femme' type. Lesbians of this kind exhibit masculine characteristics: denim or leather clothes, muscular body type, short hair, do-not-give-a-fuck face, no make-up, etc. Butches are usually breadwinners in their families. One of the most famous butch lesbians is Jane Lynch. The butch type has several subtypes. One of them is diesel dykes. They look like men and prefer to occupy jobs that are typical of men: truck drivers, military personnel, computer technicians, etc.

Have you ever got confused when a person with a name for women look exactly like a man? Perhaps, you have stumbled into a stone butch lesbian (do not mix it up with a butcher lesbian). These lesbians do not like it when someone touches them sexually (e.g., being penetrated during sex). They prefer to please a partner instead of being pleased themselves. You can also identify such lesbians by their gruff voice, hip-swaying, and masculine physique. Do not try to seduce this type of lesbians. Let them seduce you.

A boi lesbian is a lesbian with feminine anatomic characteristics but prefers to identify herself as male in appearance and behavior. What differs a boi lesbian from a soft butch one is that the former is generally younger. Effingdykes.com (all rights reserved) describes boi lesbians as extremely boyish-looking gals. The label can be applied to tomboyish lesbians standing cool in a lesbian or gay bar and wearing a shirt with a tie, skinny trousers, or jeans with sneakers. To attract this type of lesbian, you need to surprise her with any girly compliment that she secretly adores as a rule.

If you know the definition of the word emo (a deeply emotional person or a style of rock music with a softer sound and more emotional lyrics) and of the word 'lesbian' meaning a woman who wants to have sexual and romantic relationships with other women, it will not be rocket science to understand who emo lesbians are. The common features of emo lesbians are skinny fit jeans, hair dyed in bright colors, hoodies, heavy eyeliner, the tendency to lament men's dominance in society, etc.

There is a commonly mistaken opinion that hasbians are women who have changed their sexual orientation. The truth is that a woman can change her sexual behavior, but by no means can she change her orientation. A hasbian is a lesbian who used to have a sexual relationship with women but then started dating men or identifying herself as bisexual or straight. The best example of a hasbian is Anne Heche, who dated Ellen DeGeneres, but she started dating men after breaking up with her.

Power lesbians are more of the alpha type. They know what they want in life. They know how to build useful connections and how to get money. Lots of money. We can also define them as elitists, who believe that they are superior to others. Power lesbians occupy different jobs - from actresses to politicians. How to attract such a lesbian when she ignores everything except her mobile phone? You need to have a good recommendation from her friend. A power lesbian does not usually hang out in bars or clubs. Perfect hair. Suit. Ambitious. Just awesome. Could other words describe them better?

People don’t take the LUG type seriously. The abbreviation means ‘lesbian until graduation.’ These are girls who like experimenting with their sexual life during college years (girl-kissing period), but then start identifying themselves as straight. These are girls whose mottos is ‘try everything while you are young.’ This slang term is not a compliment, and more experienced lesbians can even use it as an insult. They think that sexual orientation is not something that you can play with, as such ‘mood swings’ can result in someone’s heart-breaking. But lesbians are not the only people to whom we can apply such term: bisexual until graduation (BUG) and day until graduation are also very common (GUG).

A sport dyke prefers to play sports (basketball, soccer, etc.). A sport dyke lesbian identifies herself as an athlete. Do you remember Abby Wambach? She belongs to this type. She may look like an athlete wearing caps, jeans, sweatshirts. Sport dykes are obsessed with diets and sports. They do exercises regularly, trying to stay fit. To meet such a lesbian, head to a field or court. Have you ever met one of these?

It is a lesbian who is coming out of the shadow. She is a novice in the big LGBTQ+ world. A baby dyke is generally young, under the age of twenty-five. Their feminine features are still predominant. Due to their little experience, they are quite attractive to experienced ones. Other lesbians usually divide baby dykes into 'gold stars,' 'lone stars,' etc. 'Gold stars' are those baby dykes who have never been in a sexual relationship with a man. 'lone stars' are baby dykes who have slept with only one man and only once before getting into a lesbian community. It is easy to guess who are 'silver stars,' etc.

As we have mentioned before, gold stars are those who have never slept with men. Do not ever mention the word 'bisexual' to them. They disapprove of relationships with bisexual ladies as "they are not pure enough." Cassie Sheets, in her article on Pride.com (all rights reserved) about gold stars, says that a woman's value should have nothing to do with her virginity. She can sleep with whom and whenever she wants. Many lesbians have slept with men, and they remain attracted only to other women.

A lone star lesbian is not a lonely lesbian, as you might think. It is just a lesbian who has been in a sexual relationship with a male once. How can you realize that you don't like something if you haven't tried it even once? Right? Lone star lesbian has tried it and realized that it is not her thing. "Let's go back to loving females," they say. We can also apply this label to lesbians who have been with only one woman as well.

This type of lesbians refers to femme lesbians that like wearing comfortable clothes such as jeans. Can you guess where the name comes from? They choose jeans over dresses and skirts. But feminine features still prevail in their nature. They don't object to wearing make-up and long hair.

Among all the above-mentioned types of lesbians, these are the most revolutionary ones. Lesbian activism has become very powerful over the last decades. They fight for justice and equality between men and women on behalf of people of all orientations. Unlike other lesbians, they have a strong desire to make a difference in the world. Where can you find them? Marching with picket signs held high or visiting the PFLAG site and other websites for LGBTQ+ activists. Their purpose is to change hearts, minds, and laws. In some countries, those who fought for gay marriage legislation have managed to bring some change into the system. One may not believe that you can do nothing against the system with a rainbow-colored sign, but they can be mighty when people unite. These lesbians have no intention to stop fighting for liberty and justice.

Pillow Queen Lesbians are selfish. They like receiving sex and seeing that people worship them. Who doesn't like it? A pillow queen believes that she has royal blood running through her veins. To seduce such type, bend the knee before her. If you want to start a relationship with a pillow queen, do not expect you to dominate. They tend not to reciprocate tenderness and love. One of their distinctive features is a crown (just kidding!) They have no distinctive features. As a queen, she prefers to wear clothes in accordance with their mood.

In our modern world, people do not criticize or mock vegans. But when they hear the words 'vegan' and 'lesbian' in one sentence, there will be a couple of giggles. However, some people identify themselves as a vegan lesbian because they think these two words are closely connected. They believe that animals' lives are not different from our own: their lives are rich emotionally and physically. Plus, farmers make them suffer. Among all the types of lesbians, these are the most ecologically-friendly.

What type of lesbian am I?

Most lesbian dating websites offer you a quiz to find out what type of sexual orientation you have. (for instance, PinkNews, BuzzFeed, etc.). If you explore your identity, you will have more chances to meet the right girl.

What is a lesbian stud?

Unlike a lipstick lesbian or femme lesbian, a stud identifies herself as male in her appearance. They usually wear men's clothes and act like men. Because of their boyish appearance and behavior, you can mistake them for boys.

How do lesbians dress?

As we have found out, there are 17 types of lesbians (there can be more). They all have certain preferences in clothing style. For example, a lipstick lesbian (a.k.a the femme type ) tends to wear high heels, dresses, skirts, and other feminine items. Butch ones, on the contrary, wear leather or denim jeans, and other items of clothes typical of men.

Where do lesbians shop?

It depends on what type of lesbian and how old you are. For instance, if you are a tomboy lesbian, you will go shopping to a teens' clothing shop. If you are a femme lesbian, girly-like shops are at your service. These are universal shops like H&M that cater to all types of lesbians.

Is lesbianism a word?

Yes, it is! As Merriam-Webster Dictionary puts it, lesbianism is a romantic and sexual attraction between women. But the truth is that only a few dictionaries recognize it as a word.

Please log in again. The login page will open in a new tab. After logging in you can close it and return to this page.